What You Might Not Know About Opioid Pain Pills 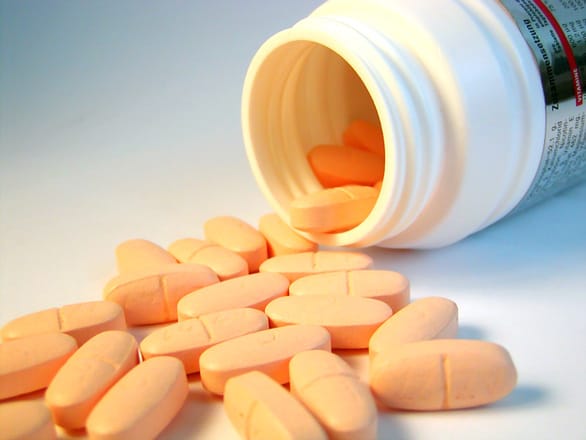 More than 40% of Americans say they know someone who has been addicted to prescription painkillers, and a majority say that lack of access to treatment for people with substance abuse issues is a problem, a new survey shows. The poll results released in May 2016 by the Kaiser Family Foundation also that found more than 80% of the public said better prescription training for doctors, increased access to treatment programs and improved monitoring of prescribing practices were needed to fight the epidemic. The survey comes as the abuse of opioids — including prescription painkillers (like Percocet and OxyContin) and heroin — has skyrocketed in recent years. There are many ways to look at the numbers, the Centers for Disease Control and Prevention says, but imagine if a 737 crashed every three days in the United States. “We would shut down airports and demand an overhaul of the airline industry, agency said. ͞That is the equivalent of the level of death and destruction that we are seeing.” The CDC in March issued a set of new guidelines that urge doctors to consider alternative treatments, such as over-the-counter painkillers, physical therapy and exercise, before prescribing opioids to treat chronic pain. If a doctor decides opioids are needed, the drugs should be prescribed in the lowest dose possible, the CDC said. So how did we get here? The main driver in the spike in opioid abuse and overdose is the increased availability of prescription pain relievers. The number of U.S. prescriptions for opioid painkillers doubled over a 15-year period, from 105 million in 1998 to 207 million in 2013. And eventually, for many people, pain medication abuse leads to heroin. “Four of five persons newly initiating heroin use now report starting with a prescription opioid, a near complete reversal since prior to 2000,” wrote Dr. Yngvild Olsen in an April 2016 JAMA editorial. Why would doctors prescribe so many opioids? The practice goes back to 1996, when the American Pain Society declared pain the “fifth vital sign.” With this emphasis on patient contentment, however well-intentioned, combined with aggressive pharmaceutical company marketing of opioid painkillers, it wasn’t long before the misuse of prescription drugs became the No. 1 cause of injury death in the U.S.

The irony here is that despite the wholesale use of opioid medications to treat chronic pain, recent studies have shown that taking acetaminophen and ibuprofen together can produce better pain relief than the prescription medications. “There is no high-quality evidence on the efficacy of long-term opioid treatment of chronic nonmalignant pain,” a recent article reviewing the use of opioids to treat chronic non-cancer pain concluded. A recent Cochrane review comparing opioids to a placebo for treating back pain reached a similar conclusion. In addition, a large study from Denmark showed that people with chronic pain who were on long-term opioid therapy actually had higher levels of pain and a poorer quality of life than those who were not taking opioids. “It is remarkable that opioid treatment of long-term/chronic non-cancer pain does not seem to fulfill any of the key outcome opioid treatment goals: pain relief, improved quality of life and improved functional capacity,” the authors wrote. The higher levels of pain could be attributed to what is known as opioid-induced hyperalgesia in which opioids, paradoxically, actually increase pain. This happens because long-time use of the painkillers can heighten a patient’s sensitivity to pain and reduce tolerance. When the pain increases, people begin taking higher doses of the medication. However, increasing the dose can worsen the hyperalgesia and cause even more pain, creating a dangerous cycle. “Opioids in the setting of chronic pain make pain worse,” Dr. Drew Pinsky told CNN. “It’s something people don’t realize. They get caught up in the cycle of pursuing the opioid and the pain actually getting worse.” Even though the term opioid-induced hyperalgesia is somewhat new, the condition is not. In the 1800s, the phenomenon was observed in people receiving morphine for pain. Doctors called this state of perpetual pain “morphia” or “when dependence on opioids finally becomes an illness of itself.” Signs a Loved One Is Abusing Painkillers Long-term opioid use causes changes to brain chemistry that can stop the body from producing natural opioid compounds. Without any opioids in the body, an individual enters such a state of misery that they can think of nothing other than finding another fix. But make no mistake. An addiction to opioids is not a moral failing, and it’s not about a lack of willpower. It is a chronic disease, similar to other chronic diseases like diabetes, cancer and heart disease, and it can be managed successfully. Because no one treatment works for everyone who has become addicted to opioids, options include the use of medications like buprenorphine, behavioral interventions and family and group counseling. Here are warning signs to look for if you think someone you know may have developed an addiction to opioids:

Opioid dependence affects more than 2 million people in the United States and in 2014 was implicated in 28,600 deaths, more than any year on record. Experts believe the stigma attached to addiction, which can prevent people from admitting they are in trouble and seeking help, contributes to the large number of fatal overdoses. But the fact is that long-term treatment has been proven to help people break free from addiction and put their lives back together. Here is more information about treatment for painkiller addiction and how to find help near you.

What to Expect During the Benzo Withdrawal Timeline
December 12, 2019

Does Tramadol Help Opiate Withdrawal, and what are the Symptoms?
July 25, 2016