Eddie Van Halen’s Struggle with Alcohol and Drugs: What’s the Root Cause? 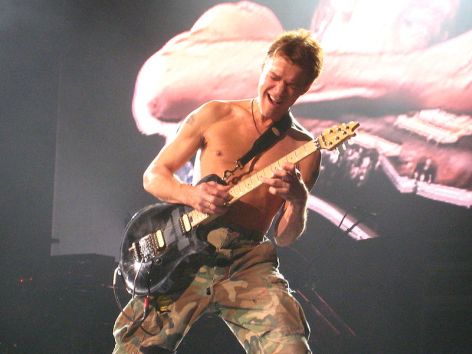 Famous rock guitarist Eddie Van Halen’s struggle with addiction can provide valuable insight into the problem of substance abuse. In an interview with Esquire, Van Halen revealed he first started drinking when his father, also a musician, recommended it to calm his nerves before a performance. However, what started out as a simple coping mechanism for anxiety grew into uncontrolled alcoholism. Van Halen tried to overcome his addiction, and over the years he’s been in and out of rehab. Driven by a desperate need to avoid alcohol, Van Halen started using Klonopin in 2006. A prescription medicine commonly known as Clonazepam, it’s used to primarily treat seizures and panic disorders. He found a substitute solution for his drinking problem but, unfortunately, he also developed a dependency on this medicine. After falling off the stage during a show, he went to rehab to get off Klonopin. To help him deal with the side effects of withdrawal, he was put on antidepressants. However, this didn’t make his situation much better. The antidepressants made him catatonic for about a year, allowing him to do little more than sit on his couch and watch Law & Order. Slowly, and over an extended period of time, Van Halen was able to get his life back. His doctors suggested an amino acid treatment that helped him become functional again. One of his biggest motivators to become sober was also his son, Wolfgang. Since Van Halen has become sober, the father and son have become musical peers. Replacing bass guitarist Michael Anthony, then 16-year-old Wolfgang joined the legendary rock group at his father’s side. Their latest album, A Different Kind of Truth, was released in 2012. Eddie Van Halen doesn’t blame his father for his years of alcohol abuse. That early experience was probably a sincere gesture of help. But family members can sometimes — even with the best intentions — cause or enable alcoholism and drug addiction. Surprisingly, what Van Halen’s family seems to have ignored in this story is the root of the problem – his extreme anxiety for public performance. Ever since his band became famous in 1978, Van Halen has had a huge problem with conquering stage fright. In his younger years, he did it with alcohol. Today, he’s had to learn to just deal with his nerves, although he does still experience severe anxiety before each show. His only vice of comfort now is the electronic cigarettes he smokes – he had to quit smoking Tabaco cigarettes because they created cancer spots in his mouth and throat. Anyone with as complex of a drinking history as Eddie Van Halen should consider, first and foremost, a holistic recovery program. Holistic alcohol treatment centers on the person as a whole, including the underlying issues that cause or are attributed to substance abuse. In the case of Van Halen, his extreme anxiety, cancer-related health issues, and negative reactions to Klonopin and antidepressants all serve as influencing factors in his alcohol addiction. To properly treat all of these needs at once, the multidisciplinary approaches of holistic alcohol treatment are needed. We believe substance abuse is not merely a problem to be mitigated, but rather a symptom of greater problems. We dig deeper and look into other important aspects of the afflicted person’s life. Aside from the expected medical and detoxification treatments, a holistic approach includes a variety of treatments and therapies, from cognitive behavioral to music therapy drug rehab. These different approaches allow us to effectively treat each client’s addictions and co-occurring health problems. Even after years of extensive experience, Van Halen is still plagued by anxiety before each performance. But, just like anyone struggling with addiction, he can find his path to recovery through holistic treatment. By addressing his anxiety, and not just the addiction, Van Halen can get the tools he needs to deal with the pressures of performing. (Photo via Anirudh Koul)